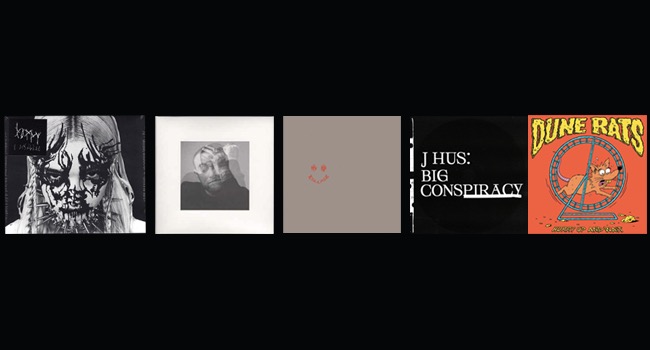 What feels like an eternity ago, when COVID-19 was a distant viral illness beginning to spread throughout Asia, when Harry and Meghan’s decision to step down from royal duties ‘split the nation’, when we were all left realing from the heartbraking scenes of the Australian bushfires, before many other tragic events, including the death of Kobe Bryant and his daughter; new music was released, which was a brief respite from the tsunami of bad news and conflicts brought in with the start of a new decade, 2020. Whilst it’s not hard to understate that there are more important things in life than music, music can provide an escape from reality, and provide an outlet to release negative emotions, as well as provide joy and something to look forward to, especially in times such as these. Little did we know, that January was just the start of things to come, and these albums are fresh from the context of now, providing a brief respite as they did then, and now.

END_OF_DOCUMENT_TOKEN_TO_BE_REPLACED

“But sill got some dumb ass fans who wants kids back, and I forget that they 12 years old, I must accept that, probably stop thinking so much and just rap”, that was taken off one of Macs soundcloud songs under the name of Larry Fisherman entitled ‘Doodling In The key Of C Sharp’, where a flurry of tracks was released between his last album ‘Blue Slide Park’ and his latest ‘Watching Movies With The Sound Off.’ These, alongside the mixtape ‘Macadelic’, really tell the transition period between the Mac Miller who burst onto the scene as a happy go lucky 18 year old, to the Mac Miller we see now. As Mac has admitted in interviews this was a somewhat depressing time for him, going on long hard countrywide tours without seeing family, but more importantly trying to find himself as a person and his place in the industry. WMWTSO is the culmination of that transition period as Mac looks to redeem himself for past pop/rap songs, and to try and shake off the ‘teenage girl’ demographic of fan that he had accumulated. It was a massive risk as that is the fanbase that has made him so big and got his name out there, and with people so eager to pigeonhole and judge off past merits, who knew if the hardcore rap fans would take notice anyway. Well, luckily they did, and what they would have heard is a brilliant piece of work from a young rapper evolving into a very deep and complex lyricist. The album has a distinct hippy kind of feel about it, with nature and smoking weed being prominent themes that run throughout. From the outset on the first song ‘The Star Room’ we can tell his change, the messages and style he now wants to convey and his frustration, take the lyrics as examples ‘think I’m living paradise what I have to worry about, dealing with these demons feel the pressure find the perfect style’ and ‘haven’t picked a major label think I’m blackboard, I still aint got the heart to pick the phone up when my dad calls, will he recognise this song when he hears my voice.’